End of the Earth- Ushuaia, Argentina

Ushuaia, Argentina is the southernmost city and the embarkation point for most Antarctic cruises. While Antarctica was not in the cards for me this trip, Ushuaia and the Tierra del Fuego National Park was well worth journeying down to the end of the Earth.

In the two days I had in Ushuaia I filled it with hiking, penguin viewing, a crab feast, and a self-guided walking tour.

The penguin tour was the greatest thing ever! The boat to the penguin colony left the main pier 2 blocks from our hotel. After 90 minutes with a  few “stops” to see cormorants and sea lions, we came upon the colony where 3 different types of penguins live.

They may look like penguins from afar but these are cormorants!

The catamaran-like boat we were on enabled the group to get really close to shore. A few of the penguins seemed like they were putting on a performance for us- the Magellanic ones especially.

Some members of my group opted to go back to the penguin colony the following day- driving much of the way and then taking a catamaran for about 20 minutes in able to walk around on land with the penguins.

They said it was really cool (except for the curvy road which made quite a few of them motion sick!) but I had enough fun watching them from the boat. And we were really close too!

The three types of penguins on the island were Magellanic,

And there were two King penguins milling about as well. They were further away from the boat.

No matter the type of penguin, their mannerisms were beyond adorable.

The whole experience was beyond amazing.

Fun random fact: I learned how to play cards with a Swiss deck on the 90 minute boat ride back. Swiss cards are very different and we base “normal” playing cards after them since Swiss cards came first. 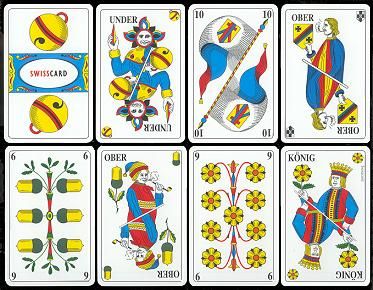 My eating in Ushuaia was on point! Upon arrival I wandered out on my own as I was about to gnaw my own arm off. It was 9:30pm by the time we got settled at the hotel and I was starving!

When in Ushuaia, eat all the seafood and that is exactly what I did. On night 1, I had fish and chips, mussels, and beer brewed in Ushuaia.

But my lunch the next day was the best meal in Ushuaia and maybe the whole trip. At El Viejo Marino the King Crab is king and that was what I ordered. You can ask for it de-shelled, whole, or baked in a light sauce. I had the baked version and it was to die for- huge chunks of crab! Living in Baltimore I get to eat a lot of good crab and this was phenomenal tasting- so fresh and sweet.

I took half of it home and ate it for lunch the next day. It was still delicious then too.

More from Ushuaia coming up soon! But I’ll leave you with a penguin video: